Another day and another battle to get the kids out of bed and even with us heading to the snow at Stevens Pass. We eventually got on the road and heading through some breathtaking scenery as well as a few of those little US country towns you see in the movies.

By the time we got our skis and lift tickets it was midday. We were lucky enough to get some ski hire coupons from one of Chip and Joans sons, Bill and the ski hire cashier gave us one more as well as it was her last day on the mountain.

This meant that we got top of the line skis and boots for $22 each for the day.

Being a Sunday meant that we had to share the mountain with a lot of others but this wasn’t an issue as the runs and snow was plentiful so the lines moved quick at the lifts.

Today was one of the last days of the ski season for Stevens Pass (Australian ski fields would kill for these conditions mid season) so some novelty events were held. This kept the runs less crowded as well.

The events were the dummy run and the pond skimming. Both involved skiing over a 30 metre pond at the bottom of a run near the ski lodges.

The first runs were dummies set up on skis. It was then extended to anyone and around 200 took the challenge. Some were successful and others got horribly wet.

At the end of the day, we headed down off the mountain to a little village called Skykomish. Chip and Joan had a cabin (although it was more like a house :)) in town and spent each Sunday up here. Chip is also the Captain for the Skykomish Valley Fire & Rescue.

Chip took Bradley and I on a tour of the Fire Station then we went over to look at one of their unsuccessful saves. Only last week, there was an arson attack on the Whistling Post (the local pub) following a raid on the ATM in the wall. Even though the building was lost, they did prevent the fire spreading to adjoining buildings, remembering that all their buildings are old and made of wood.

A walk next door to the Cascadia Cafe for dinner and once again, the kids had eyes bigger than their stomachs.
Bill, Lorri and Sean made it down off the mountain to meet us then it was time to head back to Seattle.

One last “highlight” for the day was being pulled over by the King County Sherriff. I had the setting wrong on the lights (not on automatic) so as it go dark I had lights at the front but no taillights. He was good about it so no spending a night in the cells with Bubba.

It turns out that Chip knows this sherrif so is going to give him a hard time for pulling over the “Aussies”. 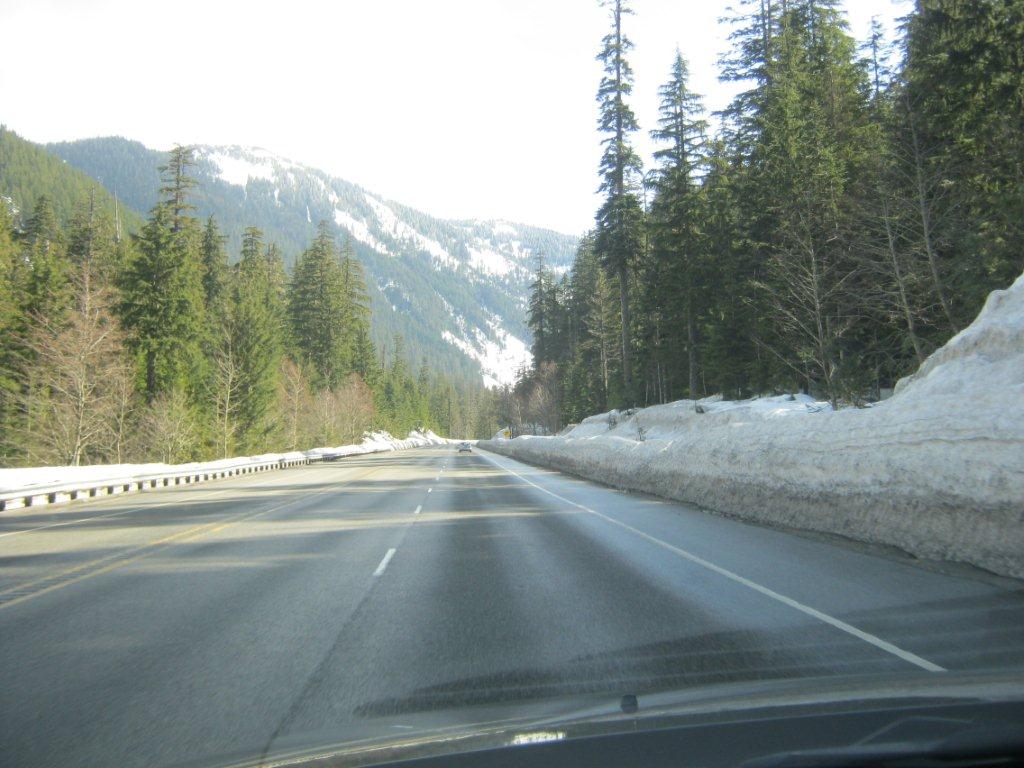