Today we started out by going underground. Seattle when it was first built had some issues – first it was on a tidal plain, second it had sewer issues and third it burnt down. When they rebuilt, there was a difference in speed between the city government and the business owners which resulted in the streets being one story above the entrances of the buildings. Eventually they filled in the gaps by bridging it which left a whole “underground” city below street level.

You can now visit these tunnels and old Seattle on the Bill Speidels Underground Tour. You not only experience the underground but also hear some very interesting stories of times of old.

Next was a visit to Pikes Place Market – this is a smaller version of Adelaide Central Market but just as interesting and colourful. Just adjacent to the market is a very popular place indeed. It is the site of the original Starbucks which has kept its original façade but is one of the most busiest Starbucks on the planet. At the other end of the market is another famous landmark – the Gum Wall.

A quick stroll along the Seattle Wharf but we didn’t have time to take it in – we will return in a week. The reason for our rush was that we had an appointment at Groundspeak HQ – the home of Geocaching.

On arrival we were met by some very friendly lackeys that made us welcome. It was then down to signing the log book for the Groundspeak HQ Geocache, leave some travel bugs, pick up some travel bugs, drop some pathtags and buy some souvenirs. The lackeys suggested some spots around Freemont to visit and once we could drag Rachael from the photo booth we were on our way to Gas Works Park.

From Kite Hill within the Gas Works Park you get a great view of the Seattle skyline over Lake Union but you just have to dodge the kites. 🙂

We continued through Freemont and came across the Seattle Fire Department doing some rope rescue training at the Maritime Academy. Had a quick chat before dropping Jenny and Rachael off shopping at Cash & Carry and Trader Joes.

Jenny had met someone while shopping who suggested that we could get some good chocolates nearby. We headed that way but stopped off to view some sculptures made of scrap metal. The horse was huge.

A brief stop at Chocolat Vitale for coffee and chocolate – they don’t get a lot of tourists as it a little off the beaten track in suburbia.

By the time we got back to our accommodation it was almost time to go out again but it wasn’t far – we were meeting some Aussie expats (brother & sister inlaw of a Scout friend) at the Village Sushi Restaurant two buildings up the street. 🙂

It was a good meal and the staff were very good. After we finished Lee and PC took us on a walk around the local area including Frat House Street and the University of Washington. There was plenty of activity going on with a American themed sorority party going on.

The campus for the University of Washington is huge with some 50000 people here each day and we were living on the edge of it and never knew. There is also a lot of money here with people like Bill Gates and Paul Allen donating buildings on campus. After an hour and half walk we arrived back home and hit the hay after a big day – we have another big day tomorrow. 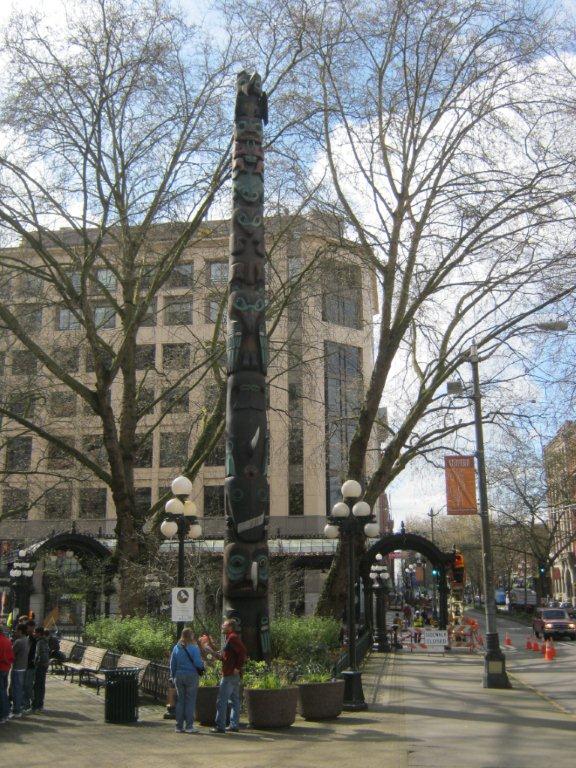