Talking with Sean last night at the Wharf, a day trip to Cahills Crossing in Kakadu National Park was the plan for the day.

It is a 3-hour drive from Darwin and we left just after 9:00am this morning.

First stop was Jabiru. With the mine closed or closing, it is a very quiet town now. Jenny went shopping for lunch at the supermarket but found the shelves were very bare. They did have pies and pasties, which were probably the hottest (temperature) we have eaten. I reckon that I burnt all of my mouth.

Another 30km and we were soon at Cahills Crossing. This is a concrete causeway between Kakadu and Arnhem Land. There are many videos of the crocodiles on the causeway on the Net and peak viewing of crocs is at high tide. To drive across the causeway requires a permit from the Aboriginal Community.

We arrived about an hour before high tide and was met by a number of fishermen on the causeway trying to snag a Barramundi before the waiting crocs grabbed them. There was one guy that must have had the right sort of lure as he was pulling a Barra every couple of minutes, although they were all undersize.

One of the “local” fishermen was not very happy as he managed to snag sticks, trees and lost a couple of lures. He was good to chat to with plenty of stories. He was not too happy when a car of tourists went over the causeway and turned around and drove back over. I guess I won’t be doing that, unless I want a “bone” pointed at me.

Even though the tide had not pushed over the causeway, the crocodiles seem to know it was going to happen as they all started making their way from upstream.

There was a point when the downstream flow and the high tide was at equilibrium and it all went quiet. The crocs all started to move into their positions.

The high tide then overtook the river flow. This was the time the crocs were waiting for. There were around 35 of them all on the upstream side of the causeway awaiting the Barramundi trying to get over the causeway.

Some were on the edge of the concrete with their mouths open waiting. Others were further back. It almost seems to be a pecking order to where they are located. Occasionally there were skirmishes if some got too close to another.

Another interesting thing was they used they front legs as outriggers with legs out to the side flat then lifting their claws vertical. At first, I thought it was a croc with a gammy leg but then there were more and more doing the same.

For the 3 hours observing the crocs, we only ever see one get a Barramundi. I guess they will all be back again tomorrow to try again.

It was also interesting some of the traffic going across the causeway to / from the Aboriginal Communities at various times of the high tide. At some times the vehicles had to wait for crocs to get out of their way.

We stayed down on the causeway with the fisherman but there is a viewing platform up higher on the bank. We found out the next day that Sean was up there somewhere but never knew.

We can recommend making this trip to see Cahills Crossing but make sure that it is timed with a high tide to see all the activity.

Another 3-hour drive back to Darwin for the completion of a good day out. 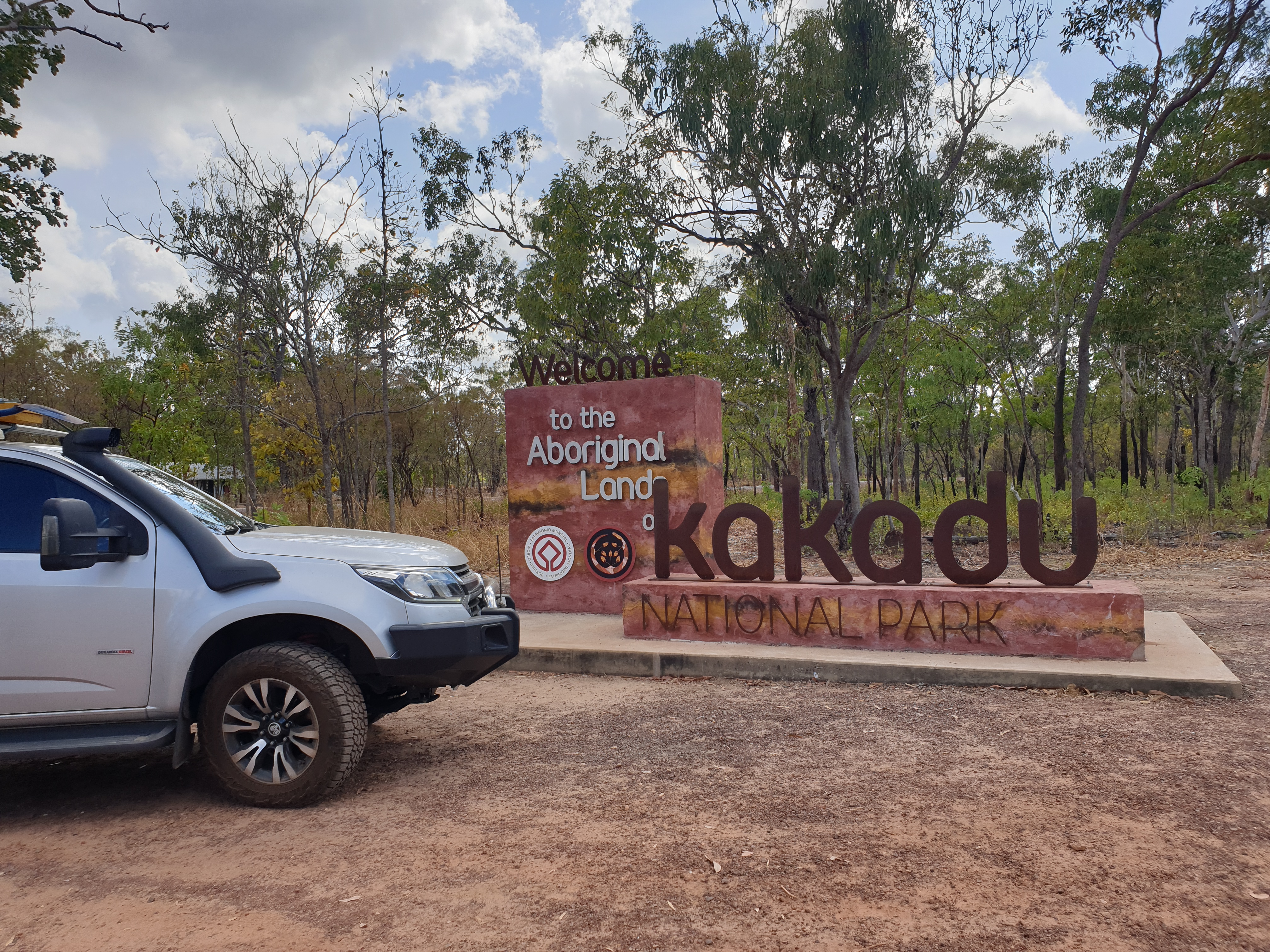