The OC to Ventura County …

My last day in the US this time round was spent visiting Fire Departments at opposite ends of Los Angeles.

The morning was spent with Battalion Chief Mike Ferdig of Orange County Fire Authority at their Headquarters in Irvine. This is my second visit here as I visited last July.

We spoke about the Earthquake Preparedness of the OCFA, given the 7.2 Earthquake of a couple of days ago on the Mexico / Californian border. Their preparedness looked similar to what we were trying to achieve with our Strike Team pre planning. I can see this doubling as earthquake pre-planning as well for us.

We headed out for a bite to eat. The fare of choice was an All American Dog from Jerrys Wood Fired Dogs. Wasn’t too bad at all. Back to HQ to have a look a their Communications / Logistics Trailer and it was time to hit the Freeway.

I had a 150km drive on the I-5 and I-101 to get up to the Ventura County Fire Department at Camarillo. The thing with LA Freeways is that you can be going at 115kph with hundreds of other cars hoping that someone doesn’t get it wrong or you are doing 10kph wishing you were doing 115kph. I was doing both today and ended up being 10 minutes late.

I met with Assistant Chief Vaughan Miller. I had attended a presentation of his at the conference and wanted the enquire more on his work with PPE and hydration. He has given me a lot of usefu information.

It was time to start heading down the coast towards LAX as there was a plane to catch back to Australia. It was a scenic drive with an opportunity to grab a few geocaches as well. It was going well until I hit Santa Monica when the traffic crawled to a stop.

Luckily I could turn off to grab a more direct route to LAX. Arrived in time to drop off the car, grab a bite to eat, check out the duty free then board the 747 back to Australia.  I used points to upgrade to Premium Economy which was well worth the extra room.

Farewell to the United States for now …… 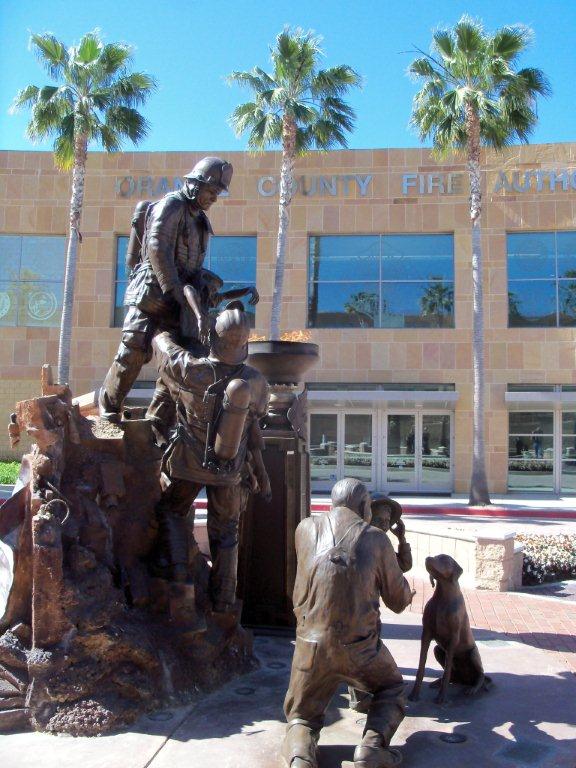