Today I had a chance to drive through some of the country that we would normally see alight with wildfires. Taking the I-15 through the Sierra’s to Baker and Death Valley, it was easy to see why the wildfires get so large.

The landscape is so high and steep with access to most areas limited at best, although the areas were very green today due to recent rains, so it will be a while before this burns,

The further you moved towards Las Vegas, the lower the mountains became but they were still steep. It is similar to the Flinders Ranges.

I eventually made it to Baker, home of the World’s Tallest Thermometer and Gateway to Death Valley. The weather today wasn’t that bad with the worst that you would suffer would be a bad sunburn – temperature was 66F.

From here it was time to tackle one of the 3 Geocaching Power Trails. Due to the time of day I tackled the smallest one, the Presidents Trail with 32 caches, each located at the bases of High Voltage power pylons.

While in the area, I met up with Flaglady and BoydChicks, a couple of Californian Geocachers who ended picking  up 412 finds in 17.5 hours. I cached with them for a while but had to head back to Los Angeles while they continued on. 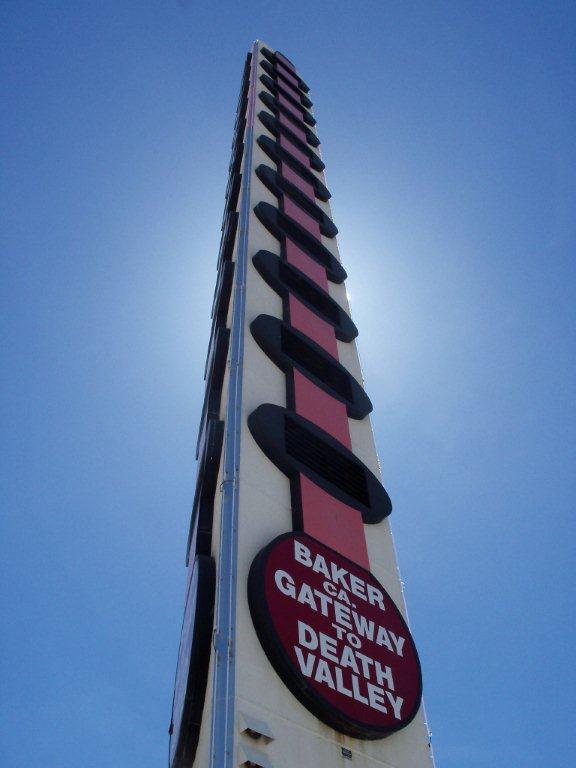