I think my head hit the pillow and the alarm went off straight away – well it seemed like it. Up at 7:00am, showered then headed downstairs to grab a coffee and muffin then to the Registration Desk and off to Day 1 of the S-330 Strike Team Leaders course.

The course is being run by Chief Michael Brown, Captain Steve Alcorn and Isaac Powning all from North Lake Tahoe Fire District. The mix of the class is a lot of Nevada and Californian personnel with some from other States and myself and another from Australia.

The course is a lot different from the S-215 I did a couple of years ago. This is more on the administrative role of a Strike Team Leader rather than operational firefighting role. It certainly shows the different approach to wildfires between the US and Australia.

Once the day had finished it was time to explore the local area, to find a store for supplies and of course some caches.

At the southern end of the hotel carpark is Reno Fire Department Station #21 which has a interesting engine room design to allow for the snow to fall off.

Headed south finding one store which ended up being an Indian store (of the sub continent variety) so they didn’t have the usual staples, so kept walking and found a Sak n’ Save which is similar to a supermarket back home.

A couple of bags of stuff later and it was the long walk back, when a woman stopped and asked directions to the Grand Sierra, which was lucky as it was about the only place I knew so I got a ride back to the hotel.

Managed to grab 7 caches today including a couple of the LPC’s (Lamp Post Caches) and find number 2400. Total distance for the walk was 6 km today.

GC12Y5E – Let’s all Learn to Geocache 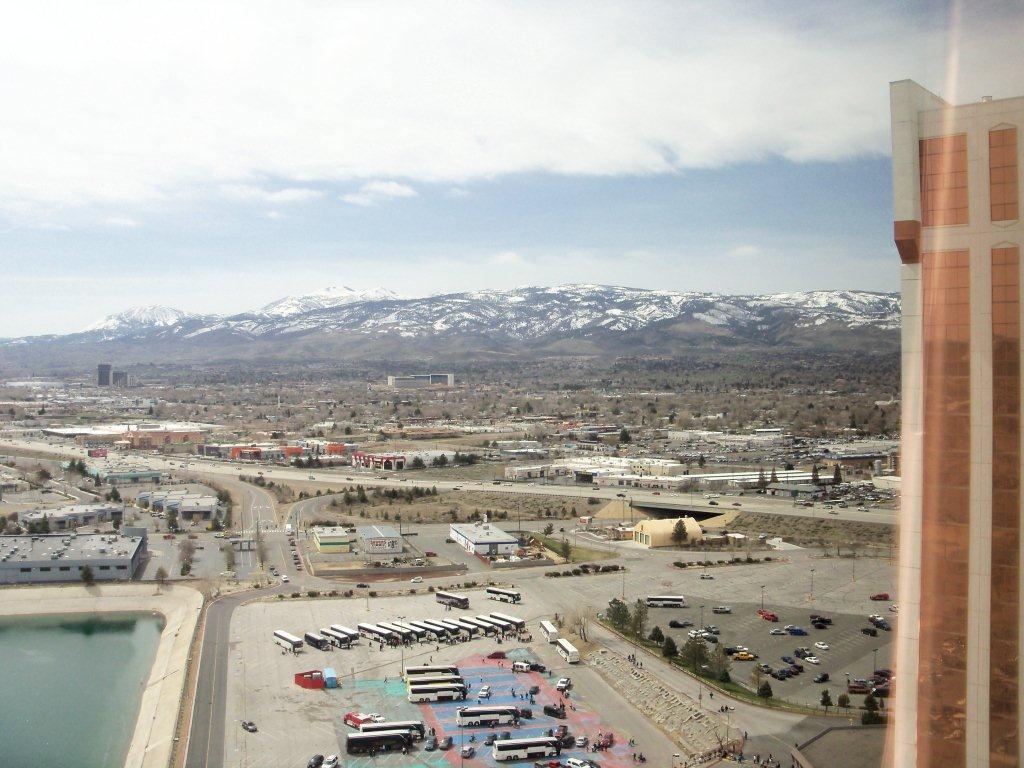