Now that is a jelly bean …

Even though there was little chance of rain today, it was still cold with a maximum of 9C but a little cooler with the wind chill.

This morning was better spent indoors with the Adler Planetarium where it was warmer. Car parking here was interesting with a flat rate of $19 in the centre carpark or park on the street which is closer for $2 an hour. We parked on the street.

The Planetarium had a couple of large domed roof theatres with very comfy chairs. How do I know. I only saw about half of each show we went into as I was snoring for the other half. There were exhibits on the moon, the planets, telescopes and astronomy in different cultures. It also provided a venue for today’s Illinois Foodfest, the Galileo’s Café, where you could look out over the very choppy Lake Michigan.

We spent the end of the day wandering around Chicago again taking in the Millennium Park, Buckingham Fountain and of course the Giant Jelly Bean or as it is more commonly known, Cloud Gate. I wonder if Cloud Gate (2006) was inspired by Adelaide’s the Malls Balls (1977).

The big mistake for today was heading out of Downtown Chicago at the start of peak hour, with most of the first 20 kilometres spent at 10-15 kph. A diversion to Walmart for some chicken and salad for dinner then back to the hotel. Tomorrow is the big Cub’s vs Yankees Ball Game at Wrigley Field. 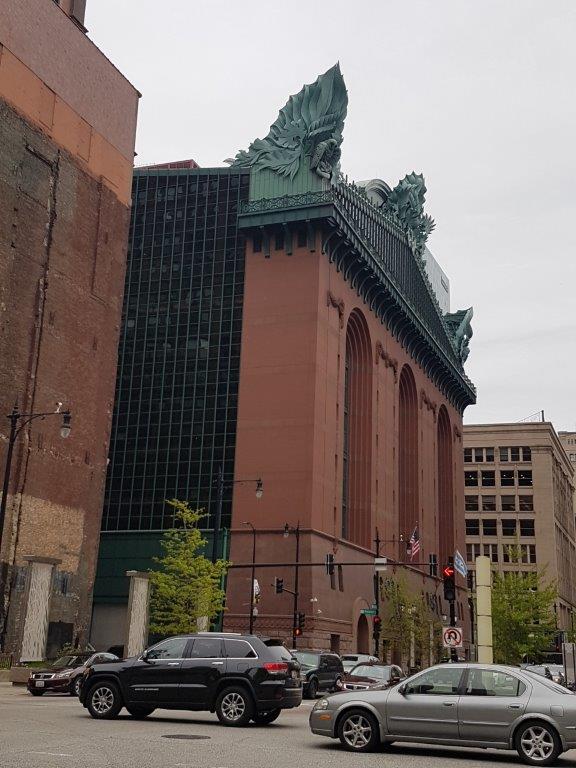