Look out for Wildlife …

Another relaxing start to the day as we were waiting for my sister Diana and brother in law Danny to arrive from Mataranka. They rolled into Litchfield at 1:00pm. A quick catch-up then it was onto the Old 4WD Campground at Florence Falls to set them up. We are continuing to stay at Litchfield Tourist Park, while Diana and Danny want to stay off the grid at the National Park campground.

Back in the day you must have needed to have a 4WD to get to the campground but it is a bitumen road all the way now. It wasn’t full but it filled later in the day. There were a couple of big vans in their so we could have stayed but there was no power or generators allowed.

It didn’t take long to setup the campsite, some lunch then it was an 800-metre walk to the Florence Falls. The advantage of being down at the Old 4WD Campground is that it has flat walking track to the Falls whereas the 2WD Campground and Carpark requires a 135 staircase to access the Falls.

Once again, the Falls were a lot quieter than I have seen in the past. The other difference is the Falls are not as fast flowing as when we normally visit a couple of months earlier. This is a combination of being later in the dry season and a relatively lower than average wet season.

It was a refreshing couple of hours floating in the Falls pond which ended up being a bit of a spa treatment with the small fish starting to nibble on the dead skin of the back of my heels. The first bite was not expected and gave a bit of a fright, given that crocodiles are known to be in these waters.

After making the 800-metre walk back to camp, we headed off to Buley Rockhole to finish out what was left of daylight for the day. The water up here was 2C warmer (28C) than Florence Falls (26C) even though it is the same water only 1km apart. We enjoyed some beverages in the Rockhole, was visited by one of the local Water Monitors before heading back to Diana and Danny’s camp for tea.

We still had a 30-minute drive back to our camp and was worried about wildlife crossing the road in the dark. I would have expected at least wallabies but did not expect echidnas and snakes. I missed the echidna that was using the bitumen as its own road but hit the snake coiled in the centre of the road.

On return to camp and phone service, there was a email confirming the 2nd Darwin Supercar race on the weekend of 22nd and 23rd August. I guess we have to stay a bit longer up here in the warmth and blue skies. 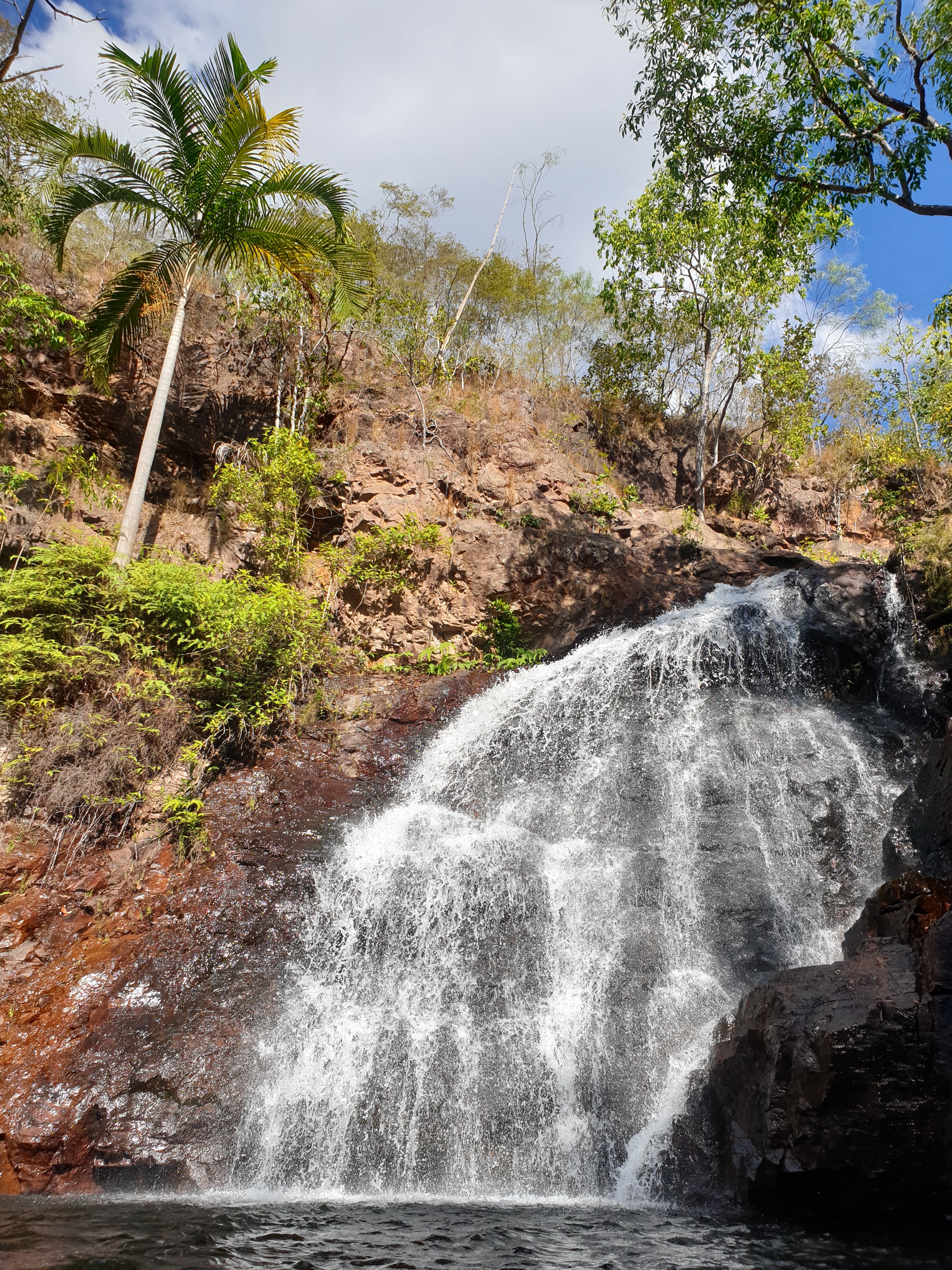