With Garry having completed his 14 day quarantine at the Burra Showground, I met up with him at the mighty metropolis of Maggea in the Mallee.

This looks to have been an old railway siding with what might have been an oval, a tennis club, a hall and a few houses. You could see where the railway must have gone through but the rails and sleepers are long gone.

We camped at the oval, well we think it was once an oval.

There was no-one around so the generator could run all night and not disturb anyone. It was certainly needed to keep the heater going as it hit 0C overnight. I must fit the diesel heater at some time. After all, it has only been sitting in the box since August 2018.

Today we were targeting the “On your Bike” series of geocaches to the north of Maggea which consisted of 100 caches. It was a mixture of ground based and tree based caches.

I managed to make another milestone, this time up a tree of 23000 geocache finds.

We finished up early in the afternoon so I headed back to the block at Sedan and Garry headed up to the Riverland. 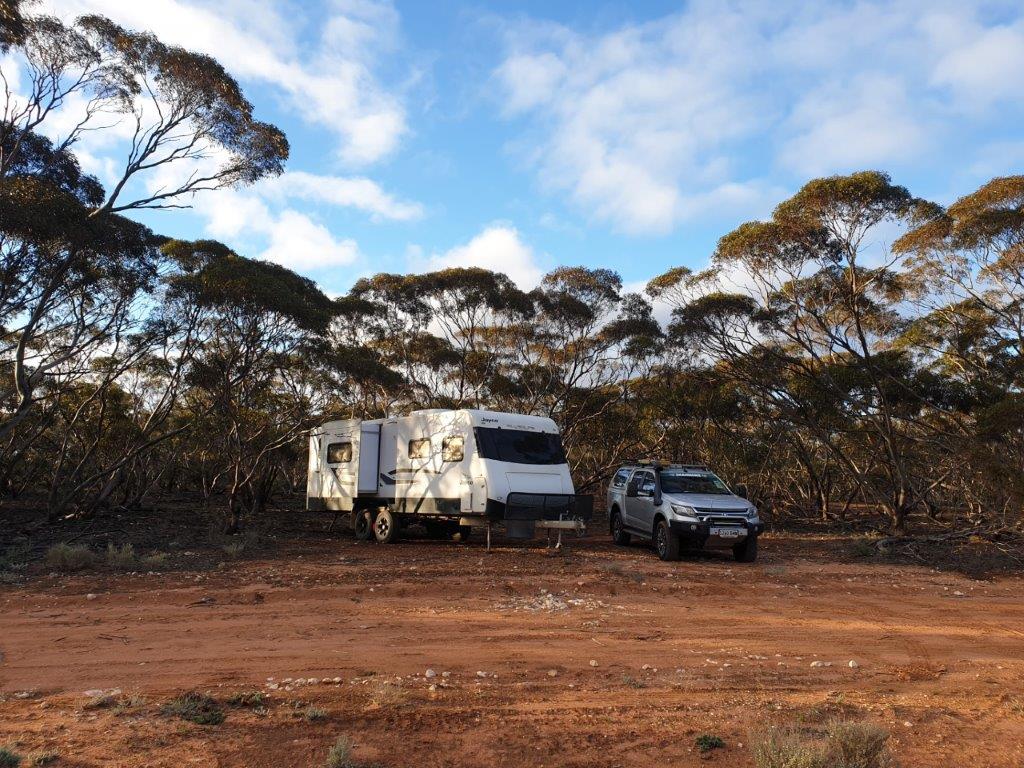