Today was going to be cold but we were not expecting snow as we went outside this morning. It snowed all the way to the train station but we were soon in the warmth of the Shinkansen Hikari from Kyoto to Himeji. The snow had stopped by the time we hit Himeji but it was still cold especially when the wind picked up.

When you walk out of the north exit of the Himeji Station, looking up the main boulevard and you see the majestic Himeji Castle. We are going to tour it but not before stopping in the Exchange Office. This is the department that organises the exchange program between Himeji and Blackwood High School.We met the Director and his off sider. They brought the kids copies of the reports that were put together for the trips that we they were part of. We also met up with one of our exchangees, Airi. She would spend the afternoon with us however her English seems to have gone backwards.

It was then off the Himeji Castle. The exchange office had organised tickets and when we got to the entrance, Airi organised an English speaking guide. It was interesting to hear the history of the building of the castle as well as the many innovative and simple ways the castle was built to defend an attacker that never came. The castle is over 400 years old which is older that settled Australia. The main keep is 7 stories tall and it is all timber with some full size trees used as the main columns holding the place up. They are 25 metres tall and have a circumference of 1 metre at the base.

Himeji is the oldest castle in Japan and one of 44 surviving castles out of 188 which used to stand. When the Shogun system ended and the Imperial government started, the Emperor ordered all castles to be demolished and 144 of them were. It has had a couple of renovations in recent years but it is primarily as it was built 400 years ago. It certainly made a difference having a guide to show us around.

As we left the castle, one of the chaperones from the exchange program when our kids were involved, Mika, turned up to see us. It has been good to meet the people (they are not kids anymore) that have been part of our kids and our lives over the years. Mika couldn’t stay long so we bid farewell and found a local ramen shop that specialised in the local Ekisoba. It was a good meal and what was needed on this cold day.

We farewelled Airi and back on the Shinkansen Hikari from Himeji to Kyoto. I tell you what, I could get used to this high speed travel.

Our final night in Kyoto and the hot water service decided it didnt want to work and I was so looking forward to a hot shower after the cold day. Back and forward with the owner but no solution and he would get someone out in the morning but too late for us.

A quiet day for walking today with only 11844 steps. 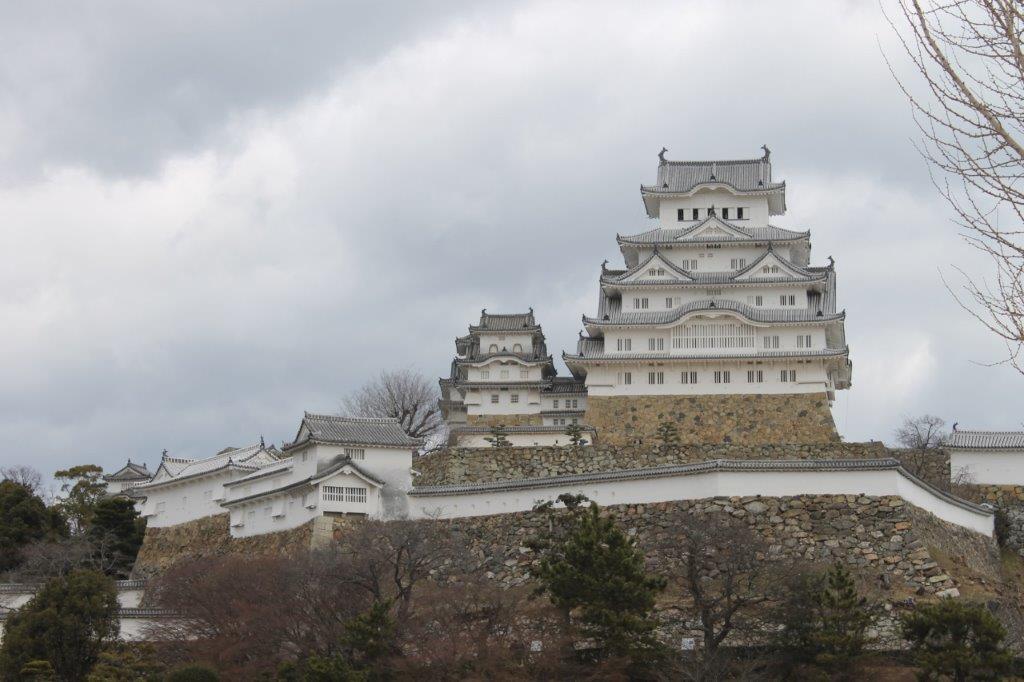