Does it ever stop raining in Seattle …

With the presentations all finished for the International Association of Wildland Fire Conference, I didnt feel like spending the evening in my room. I was originally supposed to be going Geocaching with some other Aussies but they bailed on me – something about rain. It is only water – you wont rust. 🙂

So I donned some wet weather gear and started to walk around Downtown Seattle. I headed south towards Pioneer Square as I had heard that there was a Firefighters Memorial in Occidental Park. Not quite opposite was the Headquarters for the Seattle Fire Department as well as a lot of homeless people. This seems to be the area that there are a number of food centres for them.

Following the GPS, I found myself on the wharf area and it was getting wetter and I was getting hungry and there was a choice or McDonalds or Ivars Seafood & Chowder. I chose Ivars for a nice big steaming bowl of chowder. There is even an undercover heated outdoor eating area where you can watch the kids feed the gulls or the Fire Station next door. They even have a statue of Ivar feeding the gulls.

The Fire Station next door is Station #5 and as well as the normal Fire Truck it also houses the Fireboats out the back. Continuing on after tea, I made it back to Post Alley and the Wall of Gum looking for a Geocache on the wall. After 20 minutes I was unsuccessful – all the gum looks the same. 🙁

Up the hill and back up to Pikes Place Market for a coffee at the Original Starbucks (the place was empty tonight) and then headed back to the Hilton Hotel as it was still raining and my coat was starting to let water in.

Tomorrow is the field trip for the International Association of Wildland Fire Conference and then it will be time to pick up Jenny and the kids – they have spent the week at Whistler. 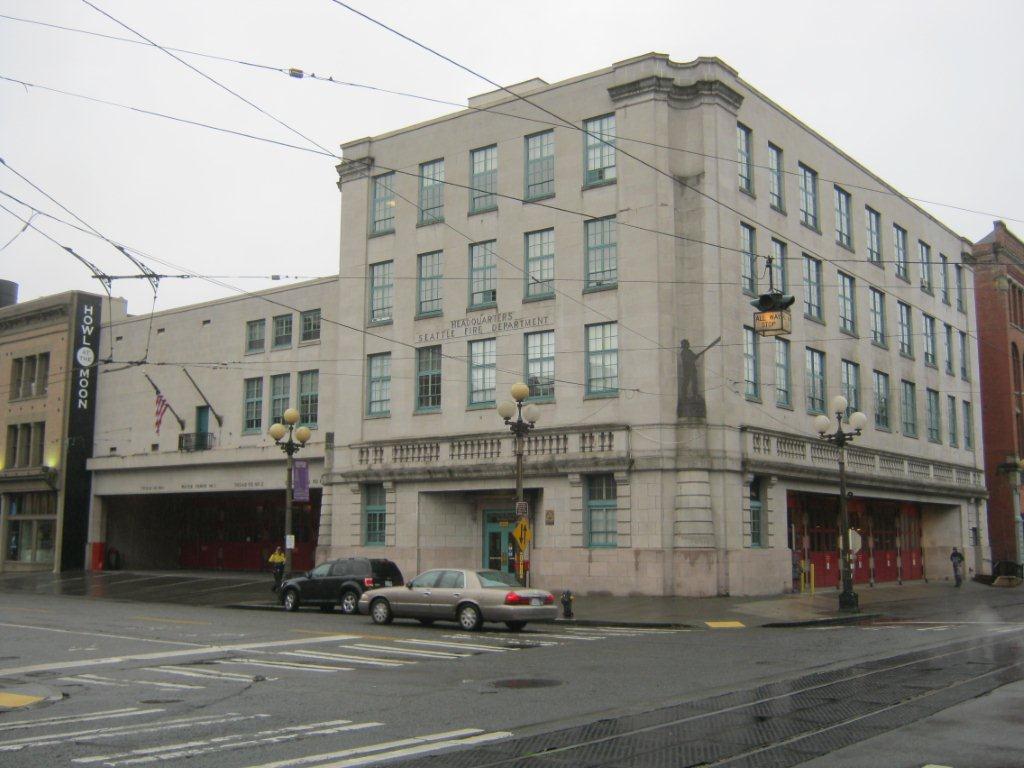