Time for some work on the old ticker …

Well after a night with not too much sleep – the beds here are like sleeping on an ironing board (not that I have done that before), it was time to get some exploratory work done.

The vampires had been work over night with more blood taken every 4 hours or so. I am not sure that there is any more to give.

There were 5 patients today scheduled for angiograms, 3 private and 2 public and I was number 2 in the queue. The team didn’t get away from here til 2am and were now back again at 10am. Hopefully the are awake for me. 🙂

At a quarter to 12, I was wheeled in my bed to the OR – no walking around here. It wasn’t long and I was being prepped. Last night in preparation, I was shaved in 2 areas – my wrist and the nether region. The doctor checked my wrist and decided to go in there so that was a waste of manscaping down lower 😉

The team were all decked out in colourful lead coats – hey what about me.

It wasn’t long and the catheter was inserted into my wrist and you could see it on the big screen near my heart – I was awake for the whole procedure with some local anesthetic in my wrist and a sedative in my artery.

After quite a few injections of dye, a blockage was found on my right artery and a balloon and stent was inserted in through the wrist with the whole procedure finished just over an hour after being wheeled in. So at some point in time I have had a heart attack. It will be another couple of days when I found out the extent of the damage when an ultrasound is carried out.

Below are some happy snaps showing the blockage prior to the stent and what the artery looks like after the stent was inserted – quite a difference. 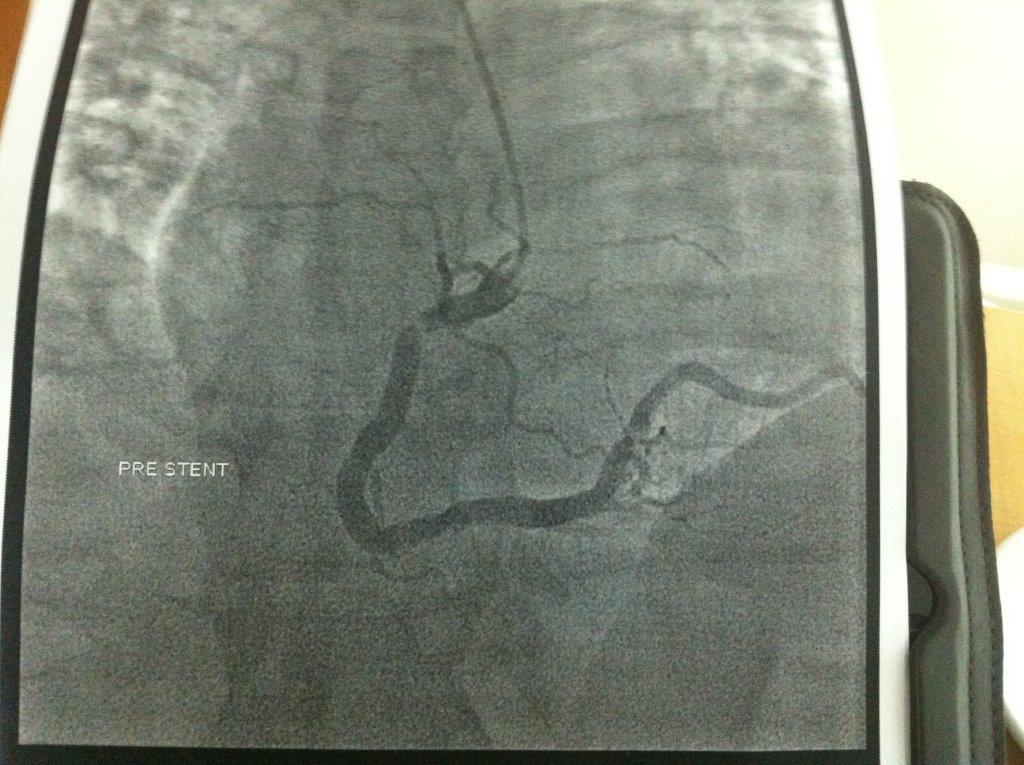 1 Response to Time for some work on the old ticker …